Maize price in Pakistan per 100KG is available on this page. Maize/ Corn or Makai, Makki is an important crop sown in northern / upper areas of Punjab. After rice and wheat, maize is the most significant food crop in Pakistan. In Pakistan, maize is mostly utilized as poultry feed. In addition to this, it is utilized in a variety of ways as human food. Residents of several areas of Pakistan, especially those in the northwestern mountainous regions, include it heavily in their diets. It is also used to make custard, jelly, edible oil, cornflakes, and glucose. 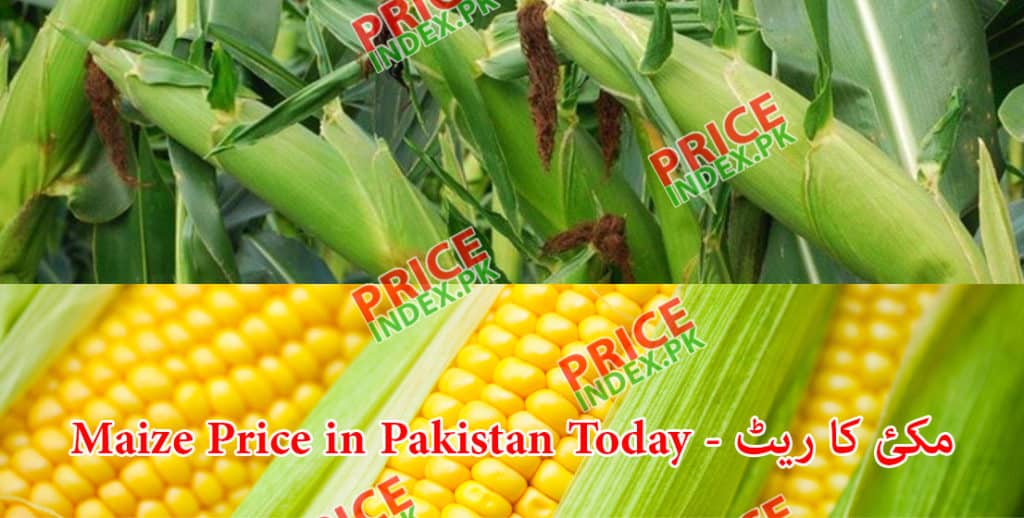 There are factories in Lahore, Gujranwala, Faisalabad, Rahim Yar Khan, and Rawalpindi that make a variety of items from maize / Makki. Due to the promotion of sophisticated hybrid varieties and the application of better production technologies, maize production and area have considerably expanded in recent years. It is possible to increase maize’s output per acre even further by adopting the recommended production technology and by cultivating superior varieties.

Above maize price is taken from the market which may differ from station to station. Makai / Makki or corn rate is updated on daily basis.

PriceIndex.pk is the website where you can find latest prices of all commodities in Pakistan.